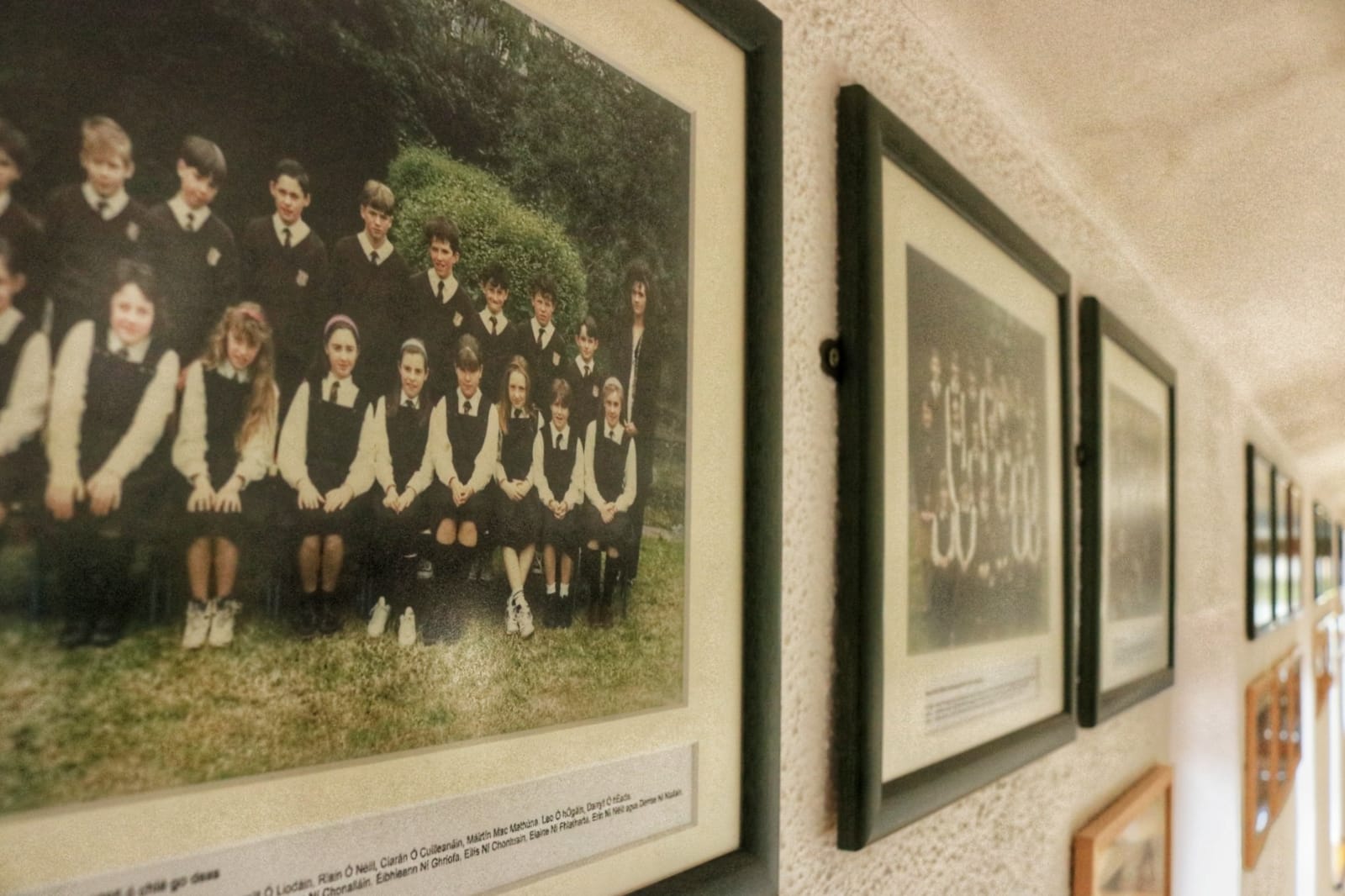 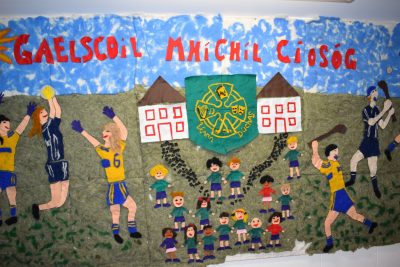 At the beginning of the eighties there was an increasing awareness of the concept of Gaelscolaíocht, something which was being well received by the public.  The Ennis branch of Conradh na Gaeilge, which had been re-established in 1979, was active in the promotion of Irish within the town. The branch was very much to the fore in the revival efforts in Ennis and the surrounding area and the branch had been very successful in raising the profile of the Irish language within the Ennis community, a community which already had a strong tradition in relation to the Irish language and where many people spoke Irish.

Gradually, efforts to increase interest in Irish within the community were becoming more successful.  In 1981, it was decided to commemorate the establishment in 1882, of Irisleabhar na Gaedhilge by Michael Cusack. The commemoration was planned for November, where a number of events were to be held at the Carn, the birthplace of Michael Cusack. The President of Ireland was in attendance, where he spoke publicly of the importance of the Irish language. He said that the death of a language is a very sad and lonely thing and that it should not be said of this generation, that we were the one’s guilty of irreparably breaking the cultural and linguistic chain which the Irish language embodies. He said that however praiseworthy the commemoration and the commemorative plaque were, that there was a need for action to preserve the language.

Given that there was such an amount of discussion in relation to Irish medium  education at the time, a group of parents approached Conradh na Gaeilge with the purpose of initiating a campaign to establish an all-Irish primary school in Ennis. A committee was established with Roibeárd Ó Ceallaigh as chairperson and a campaign was begun to recruit the required number of children to enable the establishment of the school.

Comhaltas Ceoltóirí Éireann made rooms available for the school at Cois na hAbhna and Domhnall Ó Loingsigh was appointed as the first Principal of the school, which was named to commemorate Michael Cusack.  The school opened its doors for the first time on the 2nd September, 1983. Chairman of the first Board of Management was Roibeárd Ó Ceallaigh, with Domhnall Ó Loingsigh as Secretary and Máirtín Ó Dubháin as Treasurer. The remaining members of the Board were Pádraig Ó Mathúna, Áine Ní Dhrisceoil, Máire Ní Mhaoileoin, and Rev. Father Séamus Ó Maoláin. 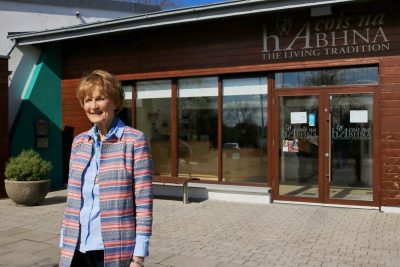 Beginning with an initial enrolment of 11 children, the school gradually grew and a second teacher, Eithne Ní Dhonaile, was employed in the school’s second year. By the year 1986 the school had to move into prefabricated rooms, which had been built on a nearby site provided by Clare County Council. As the Gaelscoil continued to grow, a campaign was begun to provide a permanent building on a new site. This is where the school is situated today. The Gaelscoil moved to the new premises in Gleann Aibhne in 1998.  Máirín Uí Dhuinneacha was appointed principal in 1998.  Dónal Ó hAiniféin was appointed principal in 2006.  A new open air play area and additional rooms were added in 2009.  There were 243 children on the rolls in September 2010. This had grown to 462 children enrolled by September 2017. The Céimeanna Beag Naíonra is attached to the school and, since 1983, morning and afternoon sessions were run under the directorship of Áine Ní Dhrisceoil. These have been run in recent years under the directorship of Katie Uí Chaoimh.